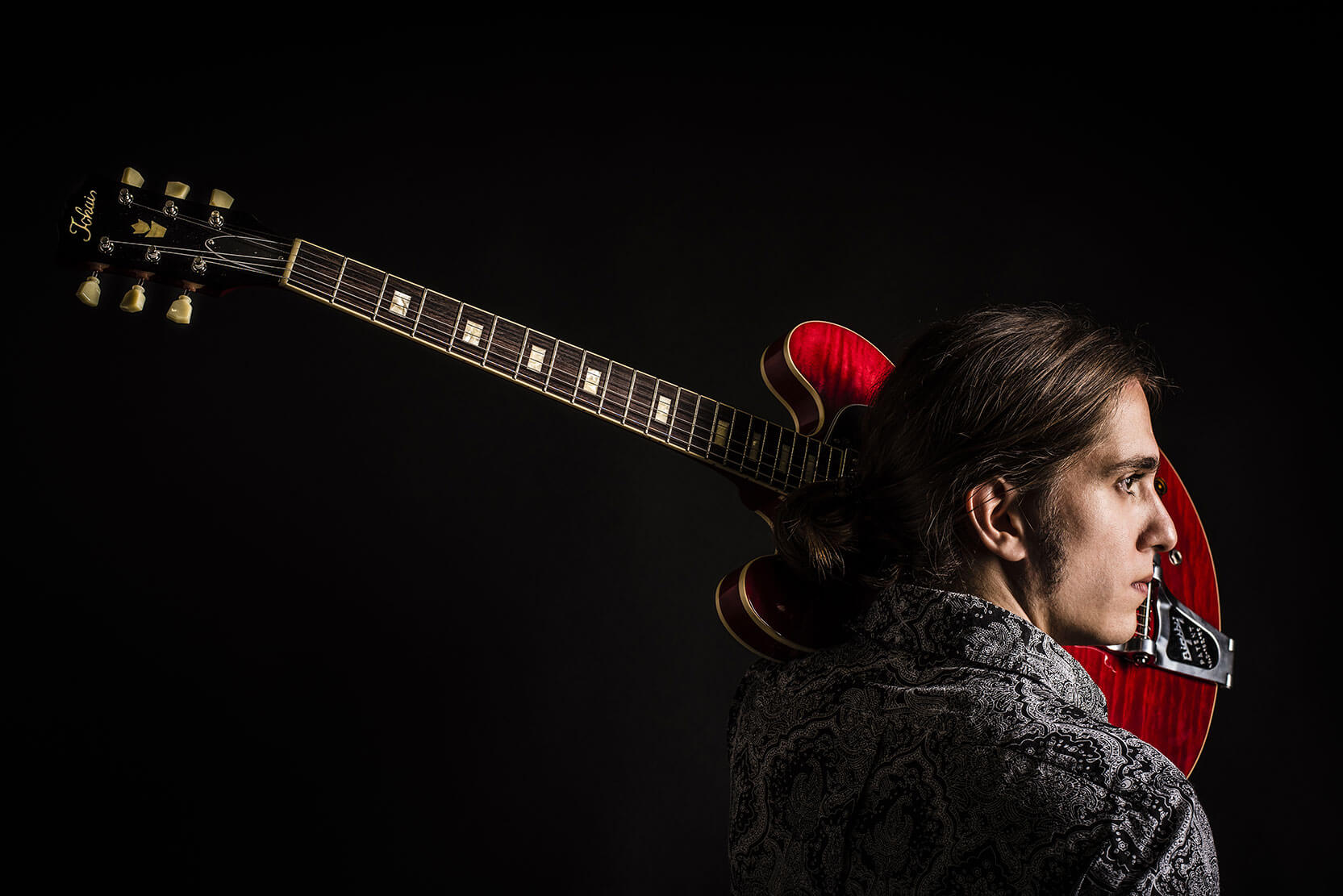 Alejandro Abellán is a Spanish guitar player who works as a studio and live session musician in several projects all along the country. He started playing guitar at the age of 12, being influenced by guitar players like Paul Gilbert, Jan Cyrka or Scott Henderson, who promptly ignited his interest for the instrument..

Quite early on in his career, after receiving some basic training by local teachers and academies and venturing into the world of self-education, he started being offered his first works as a session musician and working as a guitar teacher.

It wouldn’t take long for him to get in touch with new musical influences such as Steffen Schackinger, Julian Lage, El Twanguero or Justin Derrico, all of which got him close to musical styles other than his original rock base including blues, jazz, pop, funk or acoustic- styles that made he become a considerably more versatile musician.

Only a few years later, by the age of 19, Alejandro started touring extensively with several live bands whose tours comprised appearances all around the Spanish territory. At the same time, his work as a studio player turned frequent, getting him involved in the recordings of many different albums. As a result to this, and after around three years of hard work as a session musician, he was noticed by different well-known brands, who demonstrated interest for his work and signed him up as product endorser at the age of 22.

In the last few years, Alejandro has been interviewed by different websites and publications such asGuitarra Española, Feed my hit, Rock n’ roll para muñones and Guitar Bend. He has also been mentioned by highly-visited websites like Desafinados.es and Guitarristas.info and has been awarded mentions as one of the best Spanish guitar players by Planeta Musical and Guitar Bend. Aside from other significant awards and mentions, remarkable is his place as the third classified in ISP Music Solo Contest, directly chosen by Nuno Bettencourt back in 2012. He’s also done several instructional recordings, including 2016 instructional pack of licks for Boutique Profiles, and others. Later that same year, he also took part in The Guitar Family, a recording project which is known for including some of the best guitar players of Spain.

When it comes to his present and immediate projects, Alejandro is busy recording his first solo EP, which he expects to release within the next few months, same as he keeps on working in different live and studio projects like GMV Big Band, Belter Souls, the Rainroad Musical and many others.

In addition to all of this, he has also recently started making studio works in his own professional recording studio. There, he also produces and records product video-demos, all of which are highly valued and shared by guitar stores, websites and musicians alike in Spain and beyond. Video-demos, however, are only a part of his work with several important international brands as a product endorser – it gets completed with clinics he offers all-year-long in the most varied locations.

Not in vain, and as his latest, hottest piece of news, he will be at the NAMM Show 2018 in Los Angeles, California, as an official guitar demonstrator, in association with several guitar companies. 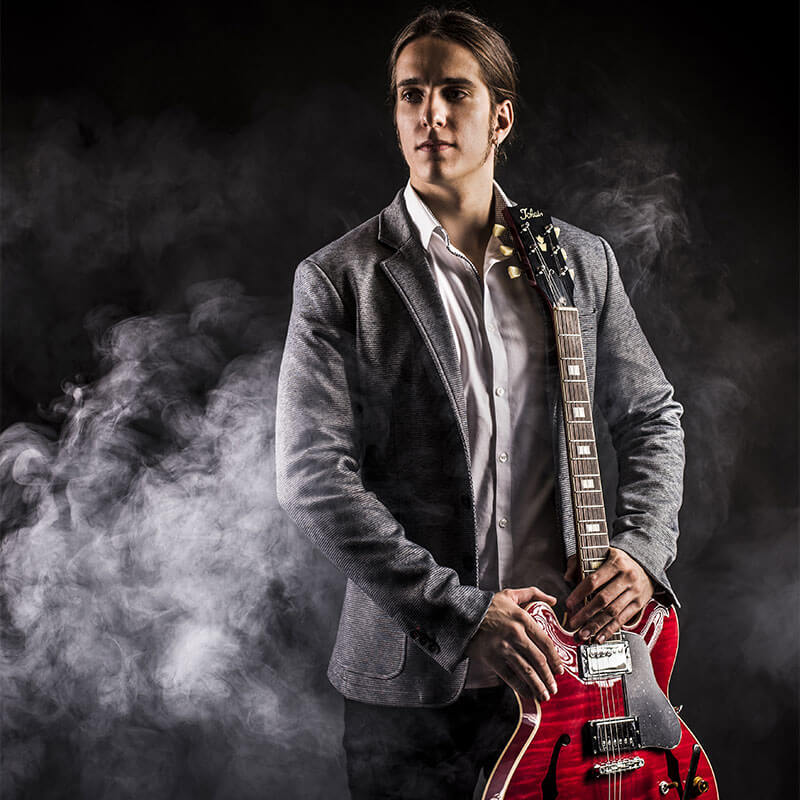 His work as endorser:

Currently, he is working for the following brands:

Can I help you?